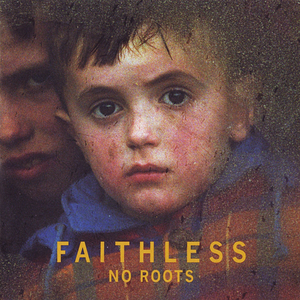 Haa, my TV barks at me from the corner
Life on the street is like a sauna, it's too hot
Put bars around what you've got
(What you've got)
And the whole city lucky that we ain't been shot
(Whoa)
We got full blown descent into argument, here we go
(Aah ha ha)
Times to overthrow the parliament
(Parliament)
So in these troubled times I wanna know
(I wanna know)
Do you make a stand or just follow the flow
(Follow the flow)
Even though, you know y' leaders are full up of ego
(Full up of ego)
Do we go where the others go and lay low
Only moving on someone else's say so, I say no
(Say so)
What's in my heart is unexplainable
I ain't a fool and happiness is attainable
And even on the days when rain will not fall
I still plan to love and I always will
It's a callin' from when I rise in the mornin'
This is a love we were born in
You tap it and it just keep comin'
And comin' and comin'

Hmm, it's a powerful thing that can make a man sing
And bring people together with strength of feeling
Now be connected from floor to ceiling
Ecuador to Beijing become all the same thing
Like a movement, love too strong to deny
Born to fly but we stay grounded and I don't know why
We have a powerful tool, no need to cry
With it you separate the truth from a lie
The point I wanna make is you could never escape from your fate
The mistake is to take without givin'
So, break the tradition make a decision
'Cause no matter how hard you try you're still in prison
If ya born with wings and you never fly
Listen, you don't stop especially when the going gets rough
That's when it's real and I love that stuff

Love is you, love is me, love is us, love is free
Zip up your front all you want
But there's a heart in every seed

Love is you, love is me, love is us, love is free
Zip up your front all you want
But there's a heart in every seed

And I love that stuff
And I love that stuff
Insomnia God Is a DJ Mass Destruction Don't Leave One Step Too Far Salva Mea We Come 1 Reverence Bring My Family Back Tarantula Miss U Less, See U More Drifting Away I Want More Muhammad Ali Crazy English Summer The Garden We Come One Bluegrass No Roots Evergreen Swingers Take the Long Way Home Sweep Fatty Boo Baseball Cap Love Lives on My Street Donny X In the End Why Go? Pastoral Angeline Machines R Us Sunday 8pm Giving Myself Away Dirty Ol' Man What About Love Code Addictive She's My Baby Flowerstand Man Muhammed Ali Not Enuff Love If Lovin' You Is Wrong Postcards The Man in You I Hope Hem of His Garment Bombs Hour of Need Everything Will Be Alright Tomorrow