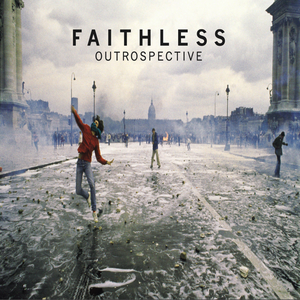 
crazy english summer
faithless
Fields of fire that passed the train
The sky is victorious but here comes the rain
Friday is taking me home again,
And I've nothing but you on my mind.

Grass is greener without the pain,
I think that I'm changing but I'm just the same
My sun is a ascending again
And I've nothing but you on my mind

Sometimes I feel like I'm glad to be free,
Sometimes I still want your arms around me
Sometimes I'm glad to have left you behind,
The Crazy English Summer has put you back on my mind.
Life's a riot a lover a friend,
Pity the day that it has to end
Friday come speed me home again,
I've nothing but you on my Mind.

Sometimes I feel like i'm fine on my own,
Fifty Thousand miles from home.
Sometimes I'm weak and the past is my guide,
Summer returns and puts you back on my mind
Insomnia God Is a DJ Mass Destruction Don't Leave One Step Too Far Salva Mea We Come 1 Reverence Bring My Family Back Tarantula Miss U Less, See U More Drifting Away I Want More Muhammad Ali Crazy English Summer The Garden We Come One Bluegrass No Roots Evergreen Swingers Take the Long Way Home Sweep Fatty Boo Baseball Cap Love Lives on My Street Donny X In the End Why Go? Pastoral Angeline Machines R Us Sunday 8pm Giving Myself Away Dirty Ol' Man What About Love Code Addictive She's My Baby Flowerstand Man Muhammed Ali Not Enuff Love If Lovin' You Is Wrong Postcards The Man in You I Hope Hem of His Garment Bombs Hour of Need Everything Will Be Alright Tomorrow