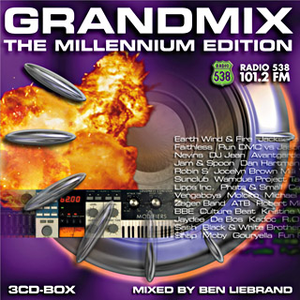 Reverence
electronic dance trance House trip-hop
"Insomnia" is a song produced by british trip-hop/dance band Faithless. It was released in November 1995 as their second single and it soon became succesful, peaking at #27 in the UK dance charts in 1995 and #3 in 1996. It also showed its longevity when it reached #48 as a re-entry in 2005. The version featured in the original album is nearly nine minutes long and contained some bells ringing at the start, usually unknown to clubbers, who were used to listening to the Monster Remix of the song. Read more on Last.fm.

Formed in 1995 by Sister Bliss, Faithless was a London, England, United Kingdom-based group of musicians whose music is described by one of their band members as a cross between trip-hop and techno. The four original members of Faithless were vocalist/rapper Maxi Jazz, keyboardist/producer Sister Bliss, instrumentalist/vocalist Jamie Catto and keyboardist/producer Rollo Armstrong. Jamie Catto (now in 1 Giant Leap) left after their second album, Sunday 8PM, which was released in 1998. Rollo Armstrong's sister Dido also features on several Faithless tracks. Read more about Faithless on Last.fm. User-contributed text is available under the Creative Commons By-SA License and may also be available under the GNU FDL.


insomnia
faithless
Deep in the bosom of the gentle night
Is when I search for the light
Pick up my pen and start to write
I struggle, fight dark forces in the clear moon light
Without fear, insomnia, I can't get no sleep

I used to worry, thought I was goin' mad in a hurry
Gettin' stress, makin' excess mess in darkness
No electricity, something's all over me, greasy
Insomnia, please, release me and let me dream of
Makin' mad love to my girl on the heath

Tearin' off tights with my teeth
But there's no release, no peace
I toss and turn without cease
Like a curse, open my eyes and rise like yeast

At least a couple of weeks
Since I last slept, kept takin' sleepers
But now I keep myself pepped
Deeper still, that night I write by candle light
I find insight, fundamental movement, uh

So when it's black, this insomniac, take an original tack
Keep the beast in my nature under ceaseless attack
I gets no sleep, I can't get no sleep