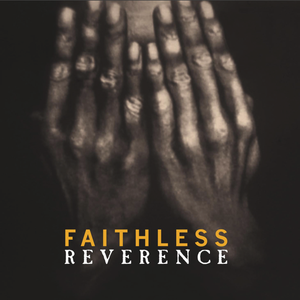 Take the words and the bass
Taste, and then swallow me
You're chasing the devil
Cause you're level if you follow me
For quality, and I make no apology
For linking my thinking with computer technology
Cause this is like a modern day hymn
For the new church
I search for the truth
I've got a hole in my tooth
I'm Uncouth, yes sir, I'm from the street university
Where we learn to earn even in times of adversity
And always find the ease way out of a hard time
Petty crime sometimes
But now I'm inclined to find
A fresh direction
Check out the funky section
Cause this is the part where I start to rip up words
A comfort coming straight from my heart
I'm not a mystic
My views are realistic, simplistic
One special brew I get pissed quick
And get sick so I don't do it no more
I won't find peace of mind
Rolling around on the floor
The point I want to make is
You can never escape from your fate
The mistake is to take without giving
From within
You know how I'm living

I'm cool. I'm looking after myself
And I could never place wealth before my spirit
I feel it's unhealthy
The devil creep around you so stealthy, stealthy
Till ya get bold, rush the gold
And before ya time is over
Ya soul is sold, where's it gettin ya?
Competition starts swearing ya
Gold diggers setting you up
Soon be forgetting your existence?
Do ya need a for instance
I hafta admire your persistence
In sticking to a game plan
That brings ya pain man
And at the end of the day nothing is gained
So listen to the voice within
I'll see ya later
Pay heed to the Grand Oral Disseminator

I keep lying and trying
Denying the call from inside
Ya can't hide responsibility
So decide from today just who it's going to be
Thou shalt have no other od but me
So set ya free see
But you'll have to listen
And who's that false idol
I see you kissing?
Money, success and untold wealth, good health
And all ya have to do is love yourself
It's a fact you'll attract all the things that ya lack
So just chill
And get off the race track
And take a pace back, face facts
It's your decision
You don't need eyes to see
You need vision
Continue to view the lord as being separated
And you're living a lie that's been perpetrated
For many centuries, I wanna mention
These facts in my rap
I don't sing
But I wanna share the peace that it brings
My name is G.O.D
The Grand Oral Disseminator
Insomnia God Is a DJ Mass Destruction Don't Leave One Step Too Far Salva Mea We Come 1 Reverence Bring My Family Back Tarantula Miss U Less, See U More Drifting Away I Want More Muhammad Ali Crazy English Summer The Garden We Come One Bluegrass No Roots Evergreen Swingers Take the Long Way Home Sweep Fatty Boo Baseball Cap Love Lives on My Street Donny X In the End Why Go? Pastoral Angeline Machines R Us Sunday 8pm Giving Myself Away Dirty Ol' Man What About Love Code Addictive She's My Baby Flowerstand Man Muhammed Ali Not Enuff Love If Lovin' You Is Wrong Postcards The Man in You I Hope Hem of His Garment Bombs Hour of Need Everything Will Be Alright Tomorrow