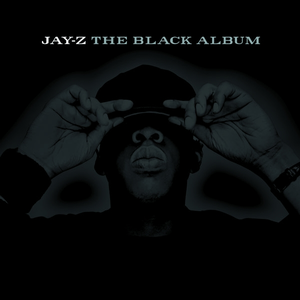 
interlude
jay z
This is a public survice announcement sponsored by Just blaze and the good folks at Roc-A-Fella Records.

Fellow Americans, It is with the upmost pride and sincerity that i present this recording as a militestament and recollection of history in the making during our generation.

Allow me to re-introduce myself, My name is HOV
H to the O-V, I used to move snowflakes by the O.Z.,
I guess even back then you can call me,
C.E.O of the R.O.C HOV,
Fresh out the frying pan into the fire,
I be the, music biz number 1 supplier
Flier than a piece or paper bearing my name,
Got the hottest chick in the game wearing my chain, thats right HOV
Not D.O.C, similar to the letters no one can do it better
I check cheddar like a food inspector,
My homie Strip to me dude finish yo breakfast,
So thats what I'ma do take u back to the dude with the Lexus fast forward the jewels and the necklace,
Let tell u dudes what i do to protect this,
Shoot at u actors like movie directors

(Ha-Ha This aint a movie dog)

Now before i finish let me just say i did not come here to show out, I did not come here to impress you because tell u the truth when i leave here I'm GONE and i dont care what u think about me but just remember when it hits the fan brother whether its next year, ten years, twenty years from now you'll never be able to say that these brothers lied to you JACK.

Ving aint lie, I done came thru the block in everything thats fly,
I'm like Chagaverre wit bling on, I'm complex.
I never claim to have wings on, nigga I get mine
By any means on wheneva there's a drought get yo umbrellas out because thats when i brainstorm,
U can blame Sean but i aint invent the game,
I just rolled the dice trying to get some change,
And i do it twice aint no since of me lying as if I am a different man,
And i can blame my emviroment but there aint no reason why i be buying expensive chains.
I hope you dont think user are the only abusers niggas gettin high within the game.
If you do then how would u explain I'm ten years a move, still the vibe is in my veins.
I gotta hustler spirit, nigga period.
Check at my hat yo peep the way i wear it,
Check at my swag yo i walk like a ball player,
No matter where u go u are what u are player,
And u can try to change but thats just the top layer,
Man u was who u was for u got hair,
Only GOD can judge me so I'm gon,
Either love me or leave me alone.

Now back to our regular scheduled program.
(Le Album Noir) The Black Album.