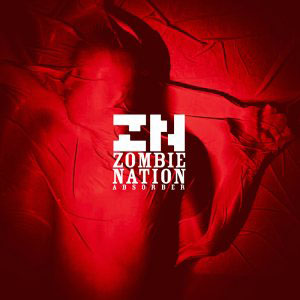 
Zombie Nation is a German techno and electro project of the Munich based DJ and producer Florian Senfter (aka Splank!). Until 1999 Emanuel Guenther (aka Mooner) was also involved in the project. The first Zombie Nation five track EP was released in the spring of 1999 on DJ Hell's label, International DeeJay Gigolo Records. The debut release contained the unsuspecting song Kernkraft 400, which was based on part of David Whittaker's music from the 1984 Commodore 64 game Lazy Jones. A licensed re-make of that song landed in high chart-positions all over the world. Read more about Zombie Nation on Last.fm. User-contributed text is available under the Creative Commons By-SA License and may also be available under the GNU FDL.

Demon got my soul and I said "Drive!"
Come on - speed kills - but I'm alive yeah!
In my Durango 95, Yeah!
Casino on the edge she move like a twister,
Gravity crank, solo my sista,
Come on - She said "Take me away" Away Away!

I'm deadly on the eyes an astro-spyder, baby
A powertripp'n NO - NO - NO - Maybe? Come on -
Angel trumpets again - yeah!
Motherfucker scream "horror show time"
A diamond ass right on my line.
Come on - She said "Take me away, away, away"

Burning like fat in the fire the smell
of red, red groove screamed mega-flow - A stalking
ground without prey - a flash of superstition
whimpering like a crippled animal - Dogs of the Soul-
Crusher - Pulling closer like the blue steel jaws of hell.

Yeah, Digg'n in my heart I find a human generator - Duke of N.Y. See Yeah! Eliminator, all you need is love -Yeah!

Like a cool and crazy freak machine she twanged off and
out like I never seen - I gonna take her - take her
down, down, down, watch out!

Shack'n out in my skin - flesh 'n' waves they begin - I going out like a holiday
(Shout It!) Then my mind generate a weepy young "D" to
terminate - Takin' a trip - I said, "Straight to hell"

Real country dark the street - hog the road -
swamp the beat - She gonna know just what I mean -
yeah! Trip back on the serpent move Z-man slowly bang
the groove - Takin' a trip - "A real kick" to hell (Shout It!)
Think'n that when she die - spirit go up to the sky - Devil come a stepp'n-brainiac a look'n below - yeah!