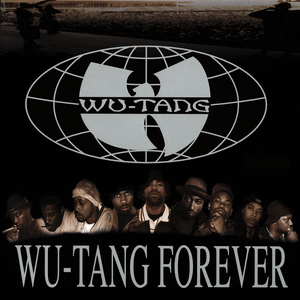 as high as wu tang get

As high as Wu-Tang get
Allah allow us pop this shit
Just like black shoe fit
If you can't wear it, well, don't fuck with it

Yo, too many songs, weak rhymes that's mad long
Make it brief son, half short and twice strong
No doubt, it took time searchin', eventually
It was prime urgent, for you to examine the rhyme merchant

Lace MC's with styles when they rhyme drunk
On a label hunt, until twenty thou, out the trunk
Eight Diagram sword swinga armored tank force
RZA throw in the disc but then change the bank source

You can't flow, must be the speech impediment
You got lost off the snare off Impeach the President
Whether in Amsterdam smokin' seven grams of green
Then you pack, a thousand white teens in tight jeans

This Witty Unpredictable shot is critical
To analytical analogy, insurance policies why
Said he know that sounds define the note
Couldn't recognize, blast him the fuck behind the ropes
Too many dope niggaz I see starvin'

Catch a single deal, a possible plea bargain
Wu slay regardless to whom or what, five mics five nights
Hang him from the balcony, drop twenty-five flights
A fugitive bass playin' rap czar
Smoke the cigars, his prints on the strings of his guitar

As high as Wu-Tang get
Allah allow us pop this shit
Just like black shoe fit
If you can't wear it, well, don't fuck with it

Tical got a hold on ya, doin' exactly
What the fuck I mariju-wanta, dis nigga nasty
Deep in the dirty dungeon, buggin, lovin'
The ways these rhymes keep comin', at cha splash ya

Get your head piece fractured, with killer cuts
Prone to drops ya, slash ya, rip shit up
Got this whole thing Tang mastered, sho nuff
An MC too good to be touched, John John
Bring the phenomenon, I cold crush

MC, inferiorities they froze up, ice cold
As we move on, saga unfold
Captivated by a saga that go untold, like Goldfinger
Caught up in a cliffhanger
Yo, INS another code red, danger, break out the vest

Now it's tactical warfare, it's all here
Come with your shield and hardware, it be on here
Don't ever roam, in the naked city
Eight Fingers stories none pretty

Bomb 'em wit' the Witty Unpredictable, conditionin' be critical
Peace to Tang, gettin' high on your physical
Dis next drink is a toast to your memory
When I go how many niggaz gon' remember me