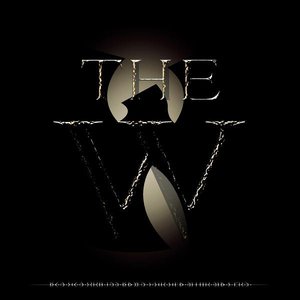 
gravel pit
wu tang clan
1, 2, 1, 2, yo, check this out
It's the jump off right now
I want everybody to put your work down, put your guns down
An' report to the pit, the gravel pit

Leave your problems at home, leave your children at home
We gon' take it back underground, I be Bobby Boulders
Wu-Tang Clan on yo' mind one time
It's the jump off, so just jump off my nigga

Ha, holla 'cross from the land of the lost
Behold the pale horse, off course
Follow me, Wu-Tang gotta be
The best thing since stocks in Clark Wallabees

African killers bees, black watch
On your radio, blowin' out yo' watts
From Park Hill, the house on haunted hill
Every time you walk by your back get a chill

Let's peel, who want to talk rap skills?
I spit like a semi-automatic to the grill
Elbow grease an' elbow room
Baby, play me, baby, fall down, go boom

Pass the blunt, my nigga don't front
You had it for a minute but it seem like a month
Now I'm chokin', smokin', hopin'
I don't croakin' from overdosin'

Hey kid, walk straight as the I
Wu an' Meth got you open, let's ride
Can't stand niggas that floss too much
Can't stand Bentleys, they cost too much

Kid wanna get up then kid get touched
Kid wanna stick up then kid get stuck
I'm the one that called your bluff when your boy tried to act tough
Remember what Ol' Dirty said, I'll fuck yo' ass up, now listen

E with the English, extin'uish styles extremist
Bald head beamers run wild
It's the kid with the gold cup, stepped out like, What?
What's poppin? An' y'all niggas dobo

Yeah y'all, straight up this the jump off right here
The gravel pit, word up, represent, rocket boulders
All my rich gangsta style, killers, y'all know what time it is
Shorty do your thing, get up on that right now, boo, do you?
That's what I'm talkin' 'bout

Yo, step to my groove, move like this
When we shoot the gift, of course it's ruthless
Grab the mic with no excuses
In a sec, grab the techs an' loot this

Executin', shakin' all sets an I'm breakin' all hex
I'm takin' all bets, move all best, who want the dram' next
You all stank, we got the bigger bank, bigger shank to fill your tank
Still the same kill you for real, while you crank

Slide, do or die, fry to bake
Admire the greats, on fire wit a heart of hate
Bitter shark, every part I take
Heavy darts that quake

It's okay, all fakes, get caught by the dropkicks
You know the thrill, yes, it's Park Hill, yo, we hit 'em with the hot grits
On the go, check the flow, sayin', Wu don't rock shit
Stop quick, hold the gossip, stop sweatin' my pockets
I hear the hot shit